Posted by Bogi on Sep 4, 2014 in Outrageous Movie Secrets 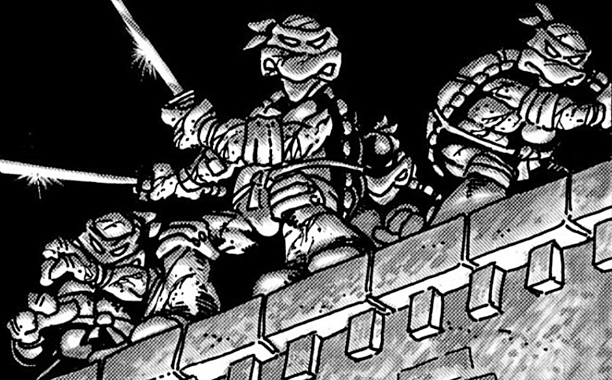 Don’t you love to go see a summer blockbuster film which in its opening weekend already has a shitty IMDb rating while Marvel is getting almost 10 out of 10 for Howard the Duck in the post-credits? Well you will certainly love this one then. TMNT is visionary producer Michael Bay’s latest brave attempt to destroy a cult classic comic book story. Witness if you dare, a guy completely mindfucking into obedience a team of creative writers and successful directors into packing the film with more slow motion explosions than even Gabourey Sidibe’s toilet bowl would handle, ruin the childhoods of generations of people and then take the credit for everything in case it kills at the box office. Although most of you guys might have been entranced by Megan Fox’s attempts to act by sighing every 12 seconds and failed to notice some crucial moments, and I don’t mean the ones from Leonardo’s plotline because that was just gone, I am here to give you the following 5 purposefully hidden, bluntly ominous and mysteriously conceived secrets THEY didn’t want YOU to see in the Teenage Mutant Ninja Turtles:

Well there you go, kids! If that wasn’t enlightening enough, go ask your parents why they adopted you. Take care and check in next time when we will go over the heavily guarded secrets of Freddy got Fingered.