Hey fellas, let me guess, you can barely read the words in this article because of the tears coming out of your eyes while your thumbs are stuck firmly in your butts. Too many plurals? I thoughts sos. It’s time to fight depression! 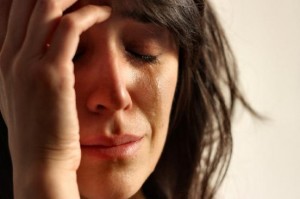 Everyone has a bad day sometimes and Bill Cosby has one every day, until the end of his life. Maybe your grandfather was ran over by a train while picking white rocks from the tracks for his graveside. Or perhaps you are a twelve-year old girl who just learned Terry Pratchett died and realize you will never be able to finish his book now because you are stupid. People have so many different reasons to feel down. Me on the other hand, well I am always happy. I only occasionally crawl up into a fetus position in a corner for a few hours and make small holes in my arms. But later I drink alcohol and totally enjoy life again. And by the way the fetus is of bonobo monkey siamese twins, because its hairier and unreasonably more twisted and cruel.

So since I am completely stable mentally, I indulge in healthy secret observations of depressed people to come up with solutions for their problem. Of course that often includes taking pictures, yelling random offensive words from behind bushes or throwing hard and heavy objects. Science it seems doesn’t work without a certain amount of civilian casualties, but I digress. I have prepared a few tips for you guys on how to end depression and live a happier life:

1. Be stupid. Have you ever seen a depressed Kanye West or Justin Bieber? I haven’t. Stevie Wonder hasn’t either. Boom – Inception! Too many levels of comedy. Hans Zimmer, come over here and write a song about it.

2. Get back to work. Especially if you are a doctor currently performing open heart surgery. Getting things done can bring satisfaction and if it doesn’t work, you can always go back home, get depressed and cover yourself up with all the money you’ve made.

3. Eat chocolate. In order to treat depression, one needs to know it’s true cause. This usually is a combination of a dominating mother and catholic upbringing or a World War. Unfortunately both things can only be ended with powerful atomic explosions. So a more affordable alternative would be chocolate.

Note! If you’re fat, it won’t help. Even if you eat it as a reward after going to the gym once a month.

4. Quit your job and move to a Tibetan monastery where you can play a handcrafter flute and feed small animals. I know its long but so is a giraffe’s penis. And this is what your boss’s mouth smells like when he breaths down your neck.

5. Suicide. It ends most things.

There you go. I hope this helped. If not, you can always put the rope back on your neck and tell Christian to pull harder.

Come back next time when I will share some great advice for getting pregnant during menopause.

Things we take for granted: the Sink
Bogi says 'Flash a stache!'