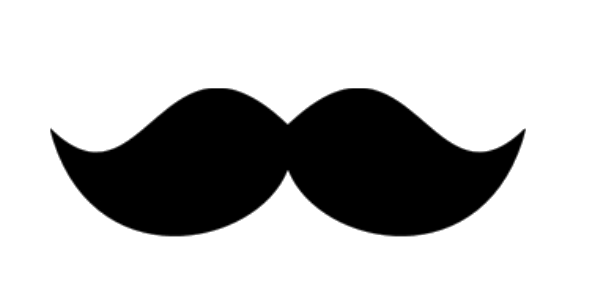 Hair, pieces of food and small animals growing on a man’s upper lip.

We all know them, we’ve all smelled them. We have heard their whispers in the wind and seen shy drops of draught beer trembling at the edge of their whiskers. That weird middle-aged guy who lived next door with his mother licked his when he was watching children at the playground from behind the bushes. You felt their mushy dampness against your cheek when your widowed aunt kissed you each Sunday after church. You admired them watching Magnum PI re-runs. And later in life while having an intoxicated and turning unexpectedly pleasant late-night encounter with a French lady, you met them again face-to-face between her legs. Let’s get down to business! Mustaches rock! The stache is the best thing that happened to a human face since Chris Brown fucked up Rihanna’s for singing shit.

My uncle had a killer handlebar which he often used for opening cans and picking up satellite radio. I always believed he was extremely lucky with the ladies thanks to this magnetic attribute. When I grew up however I learned his love life was much like the War in Vietnam – controversial and having ended 40 years ago.

If you are a hipster but can’t afford a new 19th century monocycle, if you are pregnant with your second child and your body’s going through some crazy hormonal changes or if you are simply considering a career as an Italian plumber, just stop shaving, quit showering and take that caterpillar for a walk.

Nothing says you are a man more than biscuit crumbs, specs of tabaco and fish scales in a batch of greasy hair under your nose. It keeps you warm in the winter when thick gluey slime from nose juice turns into greenish popsicles and hibernates the female insects who live there and are about to lay eggs in your mouth. Women can’t help but be completely mesmerized and captivated by the rich aroma and implications of love-making prowess. It is proven even evolutionary why women are so attracted to men with mustache. Simply put, a specimen who can survive the process of growing and wearing a mustache must be completely immune to bio-chemical hazards and exposure to radiation and should therefore be desired for his genetically valuable contribution to reproduction. Little children also end up being hypnotized by stashes. After all which kid doesn’t like to play with a dead squirrel?

Check out these photos of famous celebrities proving that adding hair under your nose truly makes you more attractive and successful in life.