Bogus Laugh Show with Bogi Beykov was a Bulgarian comedy talk show of the late night television variety. It aired on Youtube between 2015 and 2018. In 2016 a few special episodes of the show were recorded live in Studio 5, Sofia. Throughout the first half of 2017 there was a new episode each Sunday at 10 pm EET. Additional interviews, segments and digital shorts were also occasionally released. By the end of its run, there were a few special remote episodes recorded around famous sights in Bulgaria.

In March of 2018 the show was put on indefinite hold and The Bogi Beykov Show – an updated English version of the program, was officially released with a new Youtube channel and a limited run.

Since October of 2018 it was replaced by Bogi + Stefcho = Podcast – a very relaxed and unscripted series of discussions with close friends and colleagues. 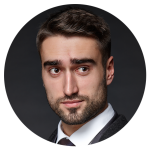 Bogi Beykov is one of the first and longest-running standup comedians in Bulgaria. He is the creator, writer and editor of the shows.

While working on the Bogus Laugh show with Bogi Beykov, Bogi lived in Bulgaria. Subsequently, he moved to Malta where he worked on The Bogi Beykov Show and Bogi + Stefcho = Podcast. He also started an acoustic band with some friends called The 3Bs. He later moved to Barcelona, Spain where he continued exploring his other passion – writing short fiction.

Since 2021 Bogi lives in Poland. He hosts his new podcast called The Three Eyebrows and continues writing and illustrating his stories which can be found on his Patreon page. 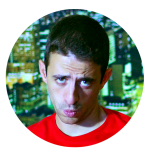 Devi Simeonov was the main camera operator of the Bogus Laugh Show. Devi had his own segment 3 практични съвета and made many guest appearances. 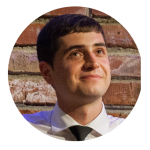 Stefcho Avramov was the band leader for the live iteration of Bogus Laugh Show. He also starred in the segment Stefcho’s How-to’s and made occasional cameos. He later became the co-host of Bogi + Stefcho = Podcast. 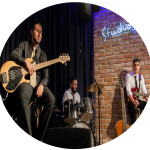 Softboys was the house band of the Bogus Laugh Show. The group featured Stefcho on guitar, Stiliyan Savov on the bass and Borko Kadev on the drums.